We shall find that in our processes of calculation we have to deal with small quantities of various degrees of smallness.

We shall have also to learn under what circumstances we may consider small quantities to be so minute that we may omit them from consideration. Everything depends upon relative minuteness.

Obviously \(1\) minute is a very small quantity of time compared with a whole week. Indeed, our forefathers considered it small as compared with an hour, and called it “one minute,” meaning a minute fraction—namely one sixtieth—of an hour. When they came to require still smaller subdivisions of time, they divided each minute into \(60\) still smaller parts, which, in Queen Elizabeth’s days, they called “second minutes” ( small quantities of the second order of minuteness). Nowadays we call these small quantities of the second order of smallness “seconds.” But few people know why they are so called.

Now if one minute is so small as compared with a whole day, how much smaller by comparison is one second!

Again, think of a farthing as compared with a sovereign: it is barely worth more than \(\frac{1}{1000}\) part. A farthing more or less is of precious little importance compared with a sovereign: it may certainly be regarded as a small quantity. But compare a farthing with £\(1000\): relatively to this greater sum, the farthing is of no more importance than \(\frac{1}{1000}\) of a farthing would be to a sovereign. Even a golden sovereign is relatively a negligible quantity in the wealth of a millionaire.

A very simple example will serve as illustration.

Geometrically this may be depicted as follows: Draw a square (fig. 1) the side of which we will take to represent \(x\). 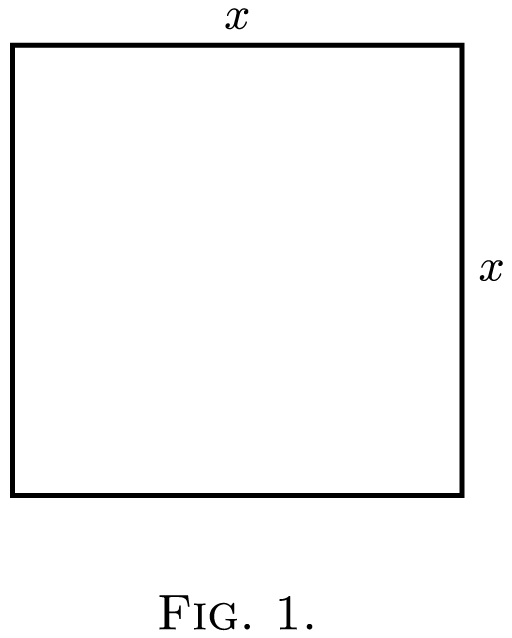 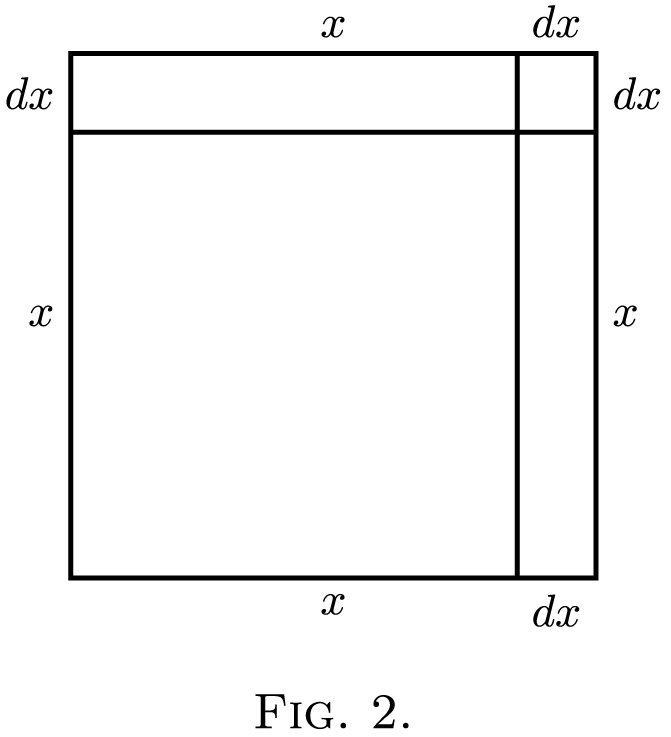 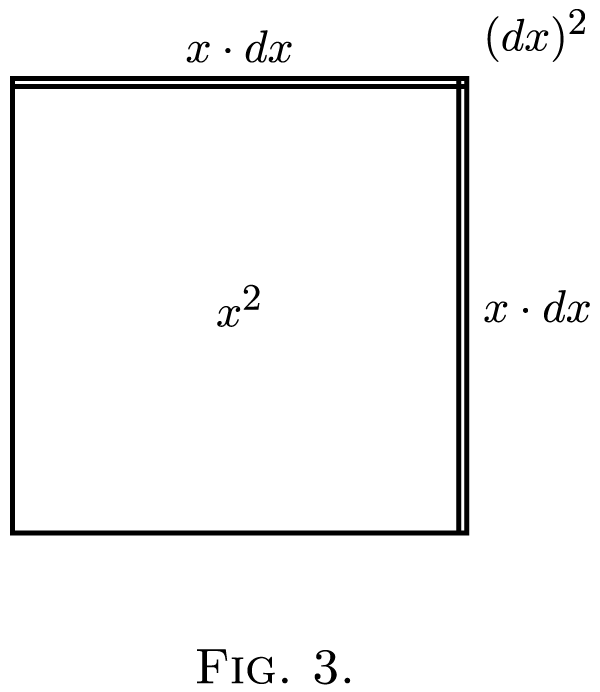 Let us consider a simile.

Suppose a millionaire were to say to his secretary: next week I will give you a small fraction of any money that comes in to me. Suppose that the secretary were to say to his boy: I will give you a small fraction of what I get. Suppose the fraction in each case to be \(\frac{1}{100}\) part. Now if Mr. Millionaire received during the next week £\(1000\), the secretary would receive £\(10\) and the boy \(2\) shillings. Ten pounds would be a small quantity compared with £\(1000\); but two shillings is a small small quantity indeed, of a very secondary order. But what would be the disproportion if the fraction, instead of being \(\frac{1}{100}\), had been settled at \(\frac{1}{1000}\) part? Then, while Mr. Millionaire got his £\(1000\), Mr. Secretary would get only £\(1\), and the boy less than one farthing!

The witty Dean Swift2 once wrote:

An ox might worry about a flea of ordinary size—a small creature of the first order of smallness. But he would probably not trouble himself about a flea’s flea; being of the second order of smallness, it would be negligible. Even a gross of fleas’ fleas would not be of much account to the ox.