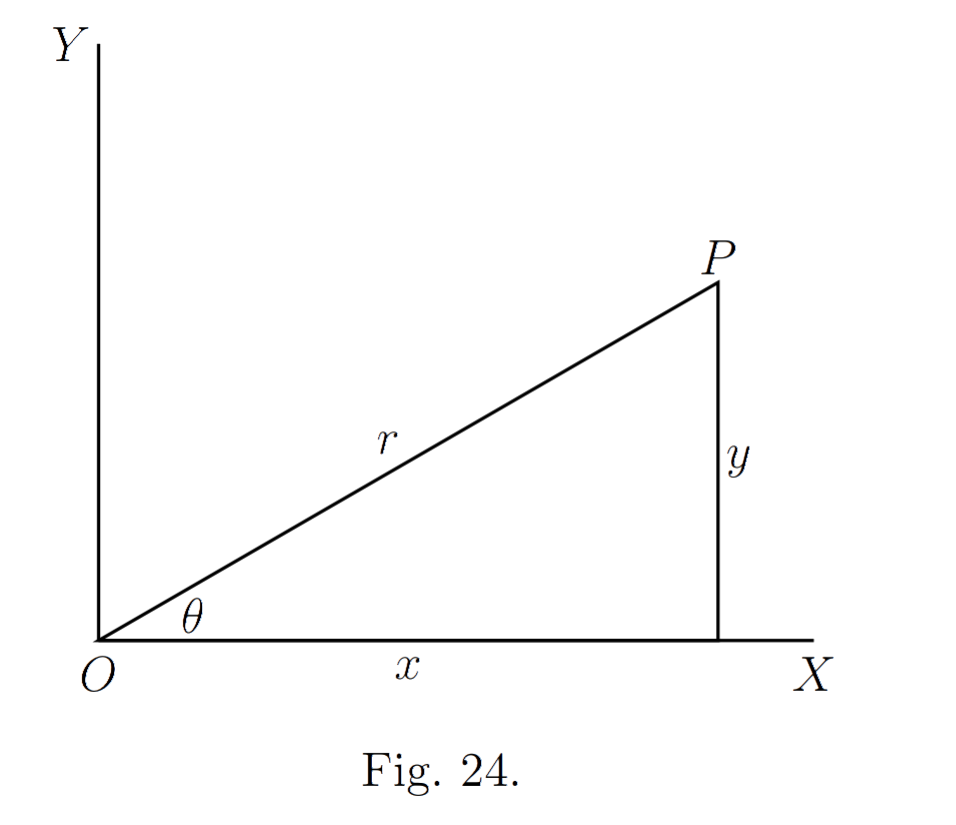 It must be observed that \(\theta\) or \(\operatorname{am} z\) is a many-valued function of \(x\) and \(y\), having an infinity of values, which are angles differing by multiples of \(2\pi\).1 A line originally lying along \(OX\) will, if turned through any of these angles, come to lie along \(OP\). We shall describe that one of these angles which lies between \(-\pi\) and \(\pi\) as the principal value of the amplitude of \(z\). This definition is unambiguous except when one of the values is \(\pi\), in which case \(-\pi\) is also a value. In this case we must make some special provision as to which value is to be regarded as the principal value. In general, when we speak of the amplitude of \(z\) we shall, unless the contrary is stated, mean the principal value of the amplitude.