It is plain that, now that we have extended our conception of number, we are bound to make corresponding extensions of our conceptions of equality, inequality, addition, multiplication, and so on. We have to show that these ideas can be applied to the new numbers, and that, when this extension of them is made, all the ordinary laws of algebra retain their validity, so that we can operate with real numbers in general in exactly the same way as with the rational numbers of § 1. To do all this systematically would occupy a considerable space, and we shall be content to indicate summarily how a more systematic discussion would proceed.

If \(\alpha\) and \(\beta\) are two real numbers, there are three possibilities:

These three cases may be indicated graphically as in Fig. 4. 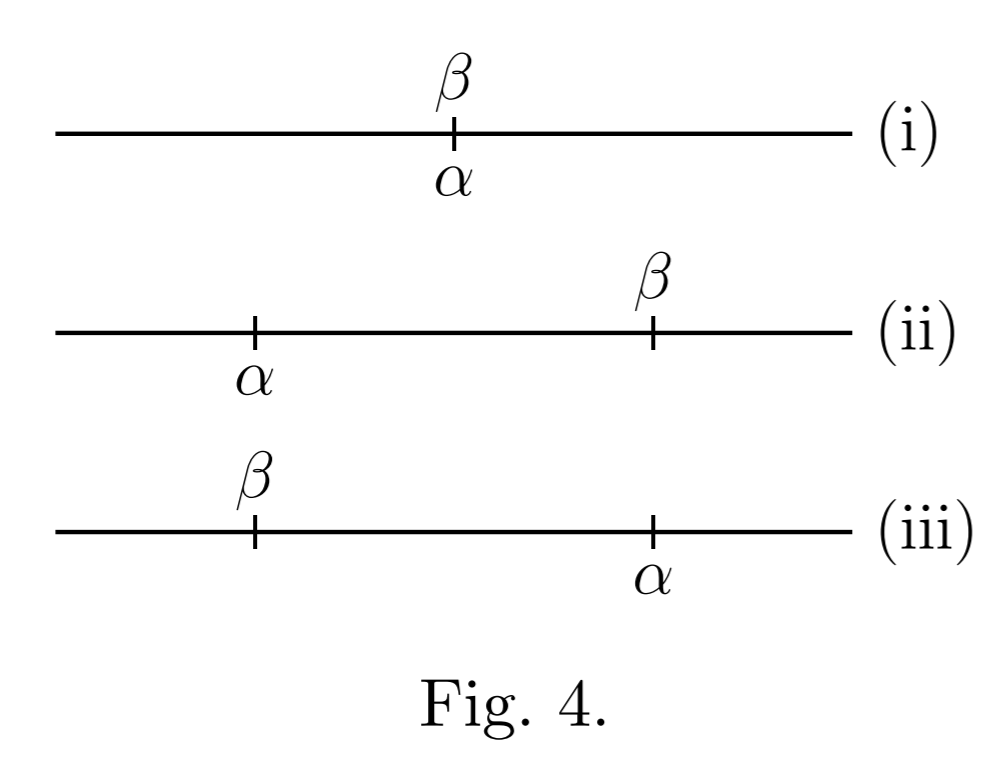 In case (i) we write \(\alpha = \beta\), in case (ii) \(\alpha < \beta\), and in case (iii) \(\alpha > \beta\). It is clear that, when \(\alpha\) and \(\beta\) are both rational, these definitions agree with the ideas of equality and inequality between rational numbers which we began by taking for granted; and that any positive number is greater than any negative number.

[All these results are immediate consequences of our definitions.]
Close Menu
Scroll Up