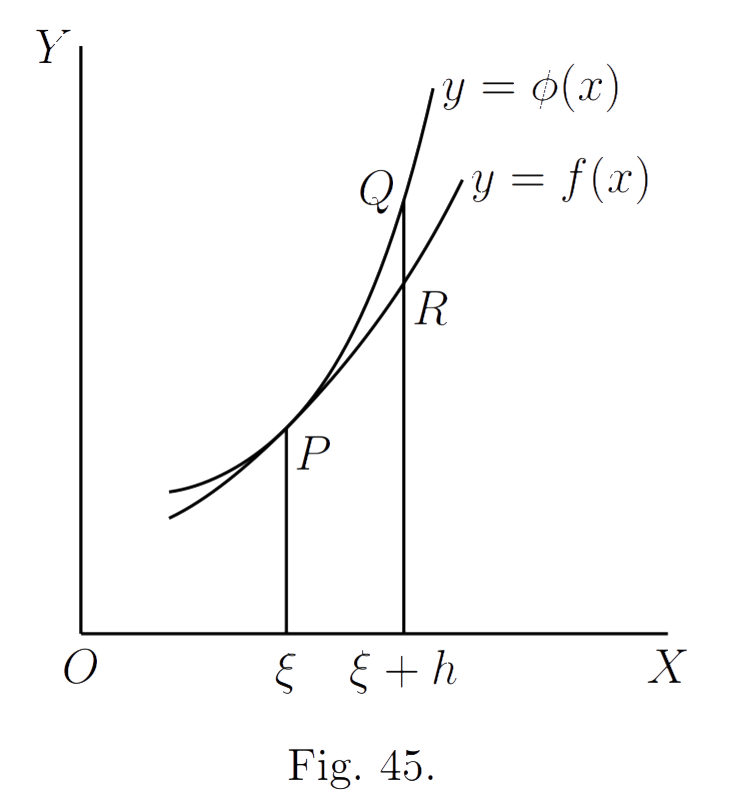 The preceding discussion makes the notion of contact of the \(n\)th order dependent on the choice of axes, and fails entirely when the tangent to the curves is parallel to the axis of \(y\). We can deal with this case by taking \(y\) as the independent and \(x\) as the dependent variable. It is better, however, to consider \(x\) and \(y\) as functions of a parameter \(t\). An excellent account of the theory will be found in Mr Fowler’s tract referred to on p. 266, or in de la Vallée Poussin’s Cours d’Analyse, vol. ii, pp. 396 et seq.

14. An infinity of conics can be drawn having contact of the third order with the curve at \(P\). Show that their centres all lie on a straight line.